For the LORD hath chosen Zion; he hath desired it for his habitation (Psa 132:13)

The discovery that Mt Kenya in East Africa is the biblical Mt. Zion has to be one of the most astounding of all geographical finds in Africa. Situated in one of the most remarkable landscapes in Kenya, it is located to the east of the Great Rift Valley and at 5,199m the mountain is the second highest peak in Africa. The name Kenya means 'God’s resting place' in all three of the original languages of the indigenous people of the area. 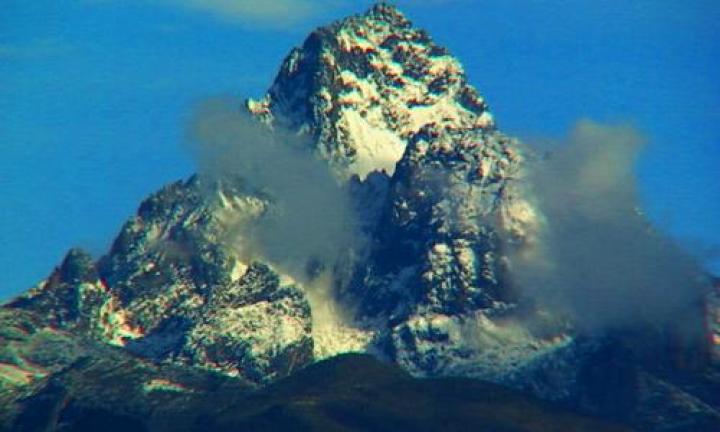 The Gikuyu and Embu (Bantu Tribes) believed that God lived on Mount Kenya when he came down from the sky and therefore they build their houses with the doors facing the mountain. The Masai also say  their ancestors originally descended from the mountain. Mt Zion is mentioned many times in the ancient texts, and  the term is  used interchangeably for his land, his people and his mountain.

It was a Kenyan woman who informed Promise2bless that the Mountains of the Moon also known as the Renzwori was not the only holy mountain in African territory, there is a river between Mombasa and Lamu the natives call the river Zion.

How strange that Promise2bless should find an antique map confirming the words of this Kenyan woman.