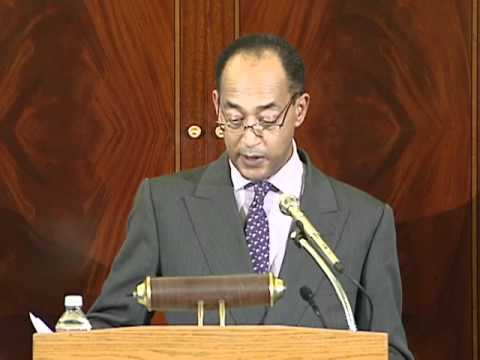 The Letter of King David 
Man Eaters
His Kingdom
Body of the Prophet Daniel

I, John, priest by the almighty power of God and the might of our Lord Jesus Christ, King of Kings and Lord of Lords, to his friend Emanuel, prince of Constantinople, greetings, wishing him health, prosperity, and the continuance of divine favor.

Our Majesty has been informed that you hold our Excellency in love and that the report of our greatness has reached you. Moreover, we have heard through our treasurer that you have been pleased to send to us some objects of art and interest that our Exaltedness might be gratified thereby. Being human, I have received it in good part, and we have ordered our treasurer to send you some of our articles in return ..

Should you desire to learn the greatness and Excellency of our Exaltedness and of the land subject to our sceptre, then hear and believe: I, Presbyter Johannes, the Lord of Lords, surpass all under heaven in virtue, in riches, and in power; seventy-two kings pay us tribute … In the three Indies our Magnificence rules, and our land extends beyond India, where rests the body of the holy apostle Thomas [Judas the Twin]; it reaches towards the sunrise over the wastes, and it trends toward deserted Babylon near the Tower of Babel. Seventy-two provinces, of which only a few are Christian, serve us. Each has its own king, but all are tributary to us

We have some people subject to us who feed on the flesh of men and of prematurely born animals, and who never fear death. When any of these people die, their friends and relations eat him ravenously, for they regard it as a main duty to munch human flesh. Their names are Gog, Magog, Anie, Agit, Azenach, Fommeperi, Befari, Conei-Samante, Agrimandri, Vintefolei, Casbei, and Alanei. These and similar nations were shut in behind lofty mountains by Alexander the Great, towards the north. We lead them at our pleasure against our foes, and neither man nor beast is left undevoured, if our Majesty gives the requisite permission. And when all our foes are eaten, then we return with our hosts home again.

These accursed fifteen [twelve?] nations will burst forth from the four quarters of the earth at the end of the world, in the times of the Antichrist, and overrun all the abodes of the saints as well as the great city Rome, which, by the way, we are prepared to give to our son who will be born, along with all Italy, Germany, the two Gauls, Britain, and Scotland. We shall also give him Spain and all of the land as far as the icy sea. Seal of King David I of Scotland

The nations to which I have alluded, according to the words of the prophet, shall not stand in the judgement on account of their offensive practices, but will be consumed to ashes by a fire which will fall on them from heaven.

Our land streams with honey and is overflowing with milk. In one region grows no poisonous herd, nor does a querulous frog ever quack in it; no scorpion exists, nor does the serpent glide amongst the grass, not can any poisonous animals exist in it or injure anyone.Among the heathen flows, through a certain province, the River Indus. Encircling Paradise, it spreads its arms in manifold windings through the entire province. Here are found the emeralds, sapphires, carbuncles, topazes, chrsolites, onyxes, beryls, sardius, and other costly stones.

Here grows the plant Assidos which, when worn by anyone, protects him from the evil spirit, forcing it to state its business and name — consequently the foul spirits keep out of the way there. In a certain land subject to us all kinds of pepper is gathered and is exchanged for corn and bread, leather and cloth …

At the foot of Mount  bubbles up a spring which changes its flavor hour by hour, night and day, and the spring is scarcely three days’ journey from Paradise, out of which Adam was driven. If anyone has tasted thrice of the fountain, from that day he will feel no fatigue, but will, as long as he lives, be as a man of thirty years. Here are found the small stones called Nudiosi which, if borne about the body, prevent the sight from waxing feeble and restore it where it is lost. The more the stone is looked at, the keener becomes the sight.

In our territory is a certain waterless sea consisting of tumbling billows of sand never at rest. None have crossed this sea — it lacks water all together, yet fish of various kinds are cast up upon the beach, very tasty, and the like are nowhere else to be seen.

The water stands four inches high in a hollow stone shaped like a mussel-shell.In our territory is a certain waterless sea consisting of tumbling billows of sand never at rest. None have crossed this sea — it lacks water all together, yet fish of various kinds are cast up upon the beach, very tasty, and the like are nowhere else to be seen.


Three days ‘Two saintly old men watch by it and ask the comers whether they are Christians or are about to become Christians, then whether they desire healing with all their hearts. If they have answered well, they are bidden to lay aside their clothes and to step into the mussel. If what they said be true, then the water begins to rise and gush over their heads. Thrice does the water thus lift itself, and everyone who has entered the mussel leaves it cured of every complaint.

Three days journey from this sea are mountains from which rolls down a stony, waterless river which opens into the sandy sea. As soon as the stream reaches the sea, its stones vanish in it and are never seen again. As long as the river is in motion, it cannot be crossed; only four days a week is it possible to traverse it. Between the sandy sea and the said mountains, in a certain plain, is a fountain of singular virtue which purges Christians and would-be Christians from all transgressions. The water stands four inches high in a hollow stone shaped like a mussel-shell. Near the wilderness trickles between barren mountains a subterranean rill which can only by chance be reached, for only occasionally the earth gapes, and he who would descend must do it with precipitation, ere the earth closes again. All that is gathered under the ground there is gem and precious stone. The brook pours into another river and the inhabitants of the neighborhood obtain thence abundance of precious stones. Yet they never venture to sell them without having first offered them to us for our private use. Should we decline them, they are at liberty to dispose of them to strangers. Boys there are trained to remain three of four days under the water, diving after the stones.

Beyond the stone river are the ten tribes of Israel which, though subject to their own kings, are, for all that, tributary to our Majesty.  In one of our lands,  are worms called salamanders. These worms can only live in fire, and they build cocoons like silk-worms which are unwound by the ladies of our palace and spun into cloth and dresses which are worn by our Exaltedness. These dresses, in order to be cleaned and washed, are cast into flames …

Body of the Prophet Daniel

When we go to war, we have fourteen golden and bejewelled crosses borne before us instead of banners. Each of these crosses is followed by ten thousand horsemen and one hundred thousand foot soldiers, fully armed, without reckoning those in charge of the luggage and provision. When we ride abroad plainly we have a wooden, unadorned cross without gold or gems about it, borne before us in order that we meditate on the sufferings of our Lord Jesus Christ; also a golden bowl filled with earth to remind us of that whence we sprung and that to which we must return; but besides these there is borne a sliver bowl full of gold as a token to all that we are the Lord of Lords. 
All riches, such as are upon the world, our Magnificence possesses in superabundance. With us, no one lies, for he who speaks a lie is thenceforth regarded as dead — he is no more thought of or honored by us. No vice is tolerated by us. Every year we undertake a pilgrimage, with retinue of war, to the body of the holy prophet Daniel which is near the desolated site of Babylon. In out realm fishes are caught, the blood of which dyes purple. The Amazons and the Brahmins are subject to us.

The palace in which our Super-Eminence resides is built after the pattern of the castle built by the apostle Thomas [Judas the Twin] for the Indian king Gundoforus. Celings joists, and architrave are of Sethym wood, the roof ebony, which can never catch fire. Over the gable of the palace are, at the extremities, two golden apples, in each of which are two carbuncles, so that the gold may shine by day and the carbuncles by night.

The greater gates of the palace are of sardius with the horn of the horned snake in wrought so that no one can bring poison within. The other portals are of ebony; the windows are of crystal; the tables are partly of gold, partly of amethyst; the columns supporting the tables are partly of ivory, partly of amethyst. The court in which we watch the jousting is floored with onyx in order to increase the courage of the combatants. In the palace at night, nothing is burned for light, but wicks supplied with balsam …

Before our palace stands a mirror, the ascent to which consists of five and twenty steps of porpyry and serpentine … This mirror is guarded day and night by three thousand men. We look therein and behold all that is taking place in every province and region subject to our sceptre.

Seven kings wait upon us monthly, in turn, with sixty-two dukes, two hundred and fifty-six counts and marquises.

[The letter reportedly ends with a description of Prester John’s church, the stones  with which it was built, and the virtues of those stones.]

You can read a short introduction of Prester John here