Known to the  Medieval world as

In a letter to the Byzantine Emperor in 1165, Prester John a legendary king wrote of his immeasurable wealth and his dominion over a vast Christian empire. Considered a mythical figure, his existence has since been relegated to legend by western historians, but his self-professed title of ‘king of kings’ demands  inquiry from the inquisitive mind that  recognizes the power of that title.

Medieval Europeans believed Prester John to be a real Christian king fighting against the threat of Islam in distant lands, while historians asserted his origins as a Mongol, Chinese, or Indian Emperor, until the arrival of regular Ethiopian embassies in Europe from 1329, to Venice, Aragon, Naples, and Milan.

Having discovered his location in Ethiopia, contemporary commentators then claimed that Prester John was descended from a union between one of the Three Magi and the Queen of Sheba, but their claims lack credibility.

Western church tradition identify the Three Magi as Balthasar ; king of Arabia, Melchior king of Persia, and Gaspar king of India, [1] but in his 1165 letter addressed to the Byzantine Emperor Manuel Comnenus (1143-1180), Prester John describes himself as the ‘king of kings, a title given to all Ethiopian Imperial Majesties, who must be able to trace their lineage back to Menelik I, son of Solomon, whose mother was the Queen of Sheba. 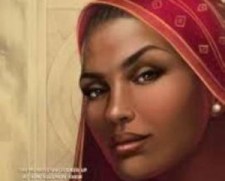 So what has been described as a Christian kingdom is in fact a Hebrew one, since Ethiopia was the original seat of King Saul in the Southern Kingdom. When David became king, he ruled from Saul’s throne until he went up and took the stronghold of the Jebusites which we know today as Jerusalem or the city of David.

In 1520, Catholic monk and explorer Francisco Alvares set out with a large expedition financed by King Manuel I (1469 –1521) of Portugal on a mission to find King David II. Evidence of his success can be found in the pages of his book “Narrative of the Portuguese embassy to Abyssinia during the years 1520-1527” (1881), and are illustrated on this  16th centur 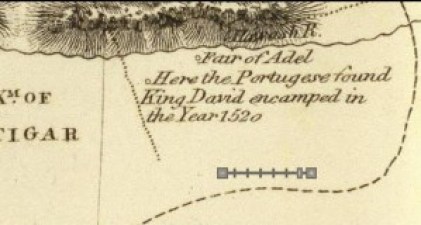 Here the Portuguese found King David encamped in the year 1520

In spite of the arguments of western historians it gradually became clear that even the name ‘Prester John’ was a European invention rather than an Ethiopian reality; particularly when you consider the names of some of these Kings and the meaning behind their names, all of whom are given the added titles: “Imperial Majesty” “King of Kings”” Lord of Lords” and “Conquering Lion of the Tribe of Juda”

Get WordPress help, plugins, themes and tips at MachoThemes.com 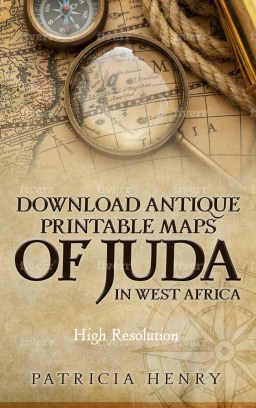