The phenomenon that is the awakening of the children of Jacob, is a demonstration of divine power, and whether you have recently come to the knowledge of your true identity, or have been on the path for years then you have come to the right place. This website and its content is a result of our own journey to the truth because we all have a part to play as we await the fulfillment of the promise of redemption.

We are certain that Africa is ancient Israel, and that the children of Israel are among the people known as "black" or African, and instead of the Rapture taught by Roman Christianity, the ancient prophets confirm that there will be a Second Exodus. 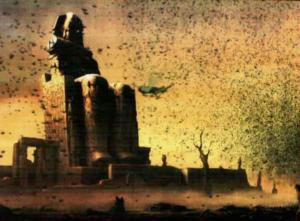 Since we were given eyes to see, it has had a profound effect on the nations. There are some Rabbi’s and Christian teachers who now claim that the ten lost tribes of Israel are western Europeans, and the divine revelation of our ancestry is rejected by those who say we are claiming the identity of the Jews.  Nevertheless, we must not engage in useless debate because the identification of Jacob in the world today is the work of the Spirit of truth.

Here is an example of how I was guided into truth.

In 2012, I had heard the account of Ron Wyatt who found the Ark of the Covenant in a cave in East Jerusalem in 1982. While excavating he had encountered a man who encouraged him to continue searching for the Ark and when Ron asked him where he was coming from, he said:  "I am coming South Africa, and I am on my way to the New Jerusalem".

I was intrigued as to why an angel would be coming from South Africa, and  so I began searching for early African maps which resulted in the discovery of the now famous 1747 map of the Kingdom of Juda in West Africa. The Most High had led Ron to the Ark and had led me to the map of Juda which proved to be just the tip of the iceberg.

Letters to the Hebrews1 The Most High has Descended

Fast forward and the descendants of Jacob would be delivered in the latter days by a second exodus but there would be no redemption until the time of the Gentiles is fulfilled. Then the Most High would descend again to gather Jacob from the four corners of the earth.

The prophet Zechariah wrote: “Be silent, all flesh, before the LORD: for he is raised up out of his holy habitation.” It is fascinating that this event of biblical proportions should occur in our generation and it is difficult to comprehend.

LETTERS TO THE HEBREWS

When he, the Spirit of truth, is come, he will guide you into all truth...

I read a heart rending comment from a woman in the US, who said:

Black people are not wanted anywhere...even in Africa...so where are we supposed to go? To which some anonymous person replied...You won't have to go anywhere. In about 150 years' time, your race will no longer exist... Europeans and Asians will dominate and control the planet. 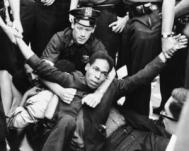 This  commentator is clearly unaware that this is the time for Jacob to be comforted: As it is written: For the oppression of the poor, for the sighing of the needy, now will I arise, saith the LORD; I will set him in the safety for which he yearns. (Psalms 12:5)

The Most High has arisen to set us in the safety that we so desire, and he has come with his armies to fulfill his word. If I could have spoken to this woman, who is a daughter of Zion, I would have reminded her that Africa is the Kingdom of God, the Land of Eden, and the Promised Land, and it will be possessed only by those whom the Most High chooses:

For, lo, the days come, saith the LORD, that I will bring again the captivity of my people Israel and Judah, saith the LORD: and I will cause them to return to the land that I gave to their fathers, and they shall possess it.(Jer 30:3)

The LETTERS TO THE HEBREWS series will be released on the Promise2bless YouTube Channel and has been created to encourage Jacob, while we await the return of Moses.

DOWNLOAD YOUR FREE EBOOK ON the Truth about the Slave Trade